COP27 and energy transition: solutions to climate change must be decided with Indigenous peoples 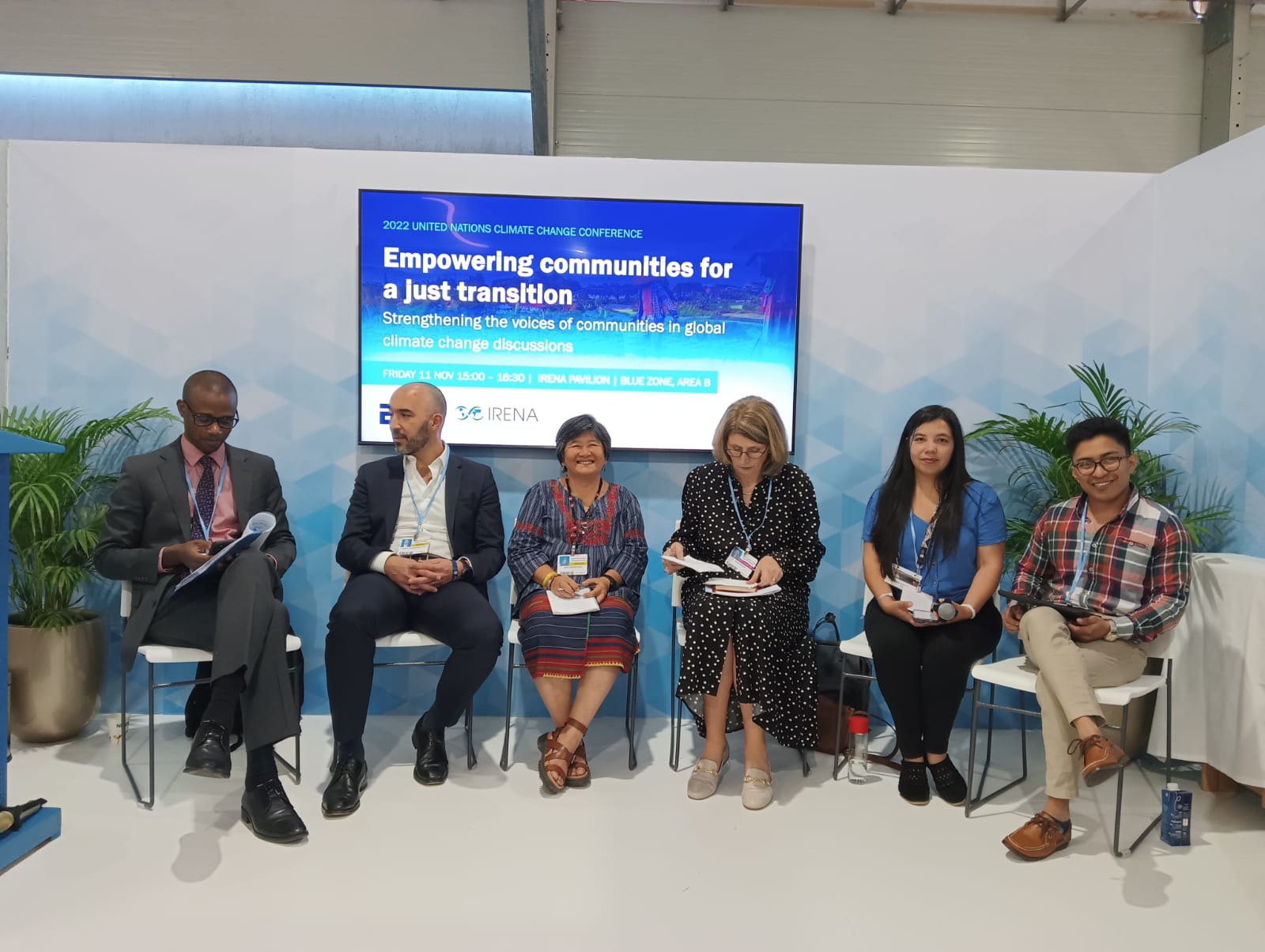 Faced with the increase in non-metallic mineral extraction projects for the electromobility industry, as is the case of lithium in Chile, representatives of Indigenous communities expressed their concern about the lack of state control and the greenwashing of mega-mining,  in various panels at the COP 27 – UN Climate Change Conference.

Egypt, Wednesday, November 16, 2022. A few hours before the end of COP27 in Sharm el-Sheikh, representatives of indigenous communities are urging governments to increase the participation of the territories in the Energy Transition process, one of the most discussed topics during the two-week conference in Egypt.

As described by Lesley Muñoz, representative of the Colla Community of Copiapó in Chile and member of the Plurinational Observatory of Andean Salt Flats (OPSAL): «Indigenous peoples must be at the center of the conversation to provide solutions to climate change. Not from the perspective of industry, but to face climate change hand in hand with the wellbeing of the territories and communities.

The technology and electromobility industries – which require the extraction of lithium, copper or cobalt as base minerals for the manufacture of batteries, for example – have emerged as one of the main solutions for the energy transition. However, the development of mining for the extraction of these minerals produces diverse impacts: on the biodiversity of fragile ecosystems such as salt flats and wetlands of the Puna de Atacama in Chile, Argentina and Bolivia; also, on the lives of local communities that see altereded the course and availability of water they need for their daily lives and their subsistence economies, mostly dependent on agropastoral and tourist activities.

«After sharing with representatives of other Indigenous peoples from Latin America and Africa, my impression is that we share the same story: we are affected by the false solutions that are being delivered from the global north to combat climate change, such as the development of «green mining» for the energy transition,» warns Muñoz, who together with representatives of indigenous communities from Brazil, Zambia and Madagascar, participated in the event «Ensuring Transition Mining Doesn’t Replicate Abuses of the Past: Voices from Communities».

With regard to the discussion by the various member states, the OPSAL member emphasizes that «a change of economies has been proposed for the governments so they do not continue to promote consumerism on the demand side, as this has meant an increase in the exploitation of minerals in Latin American and African countries, mainly». «However, it should be the governments themselves who promote a process of indigenous consultation that is free, prior and informed according with the highest standards, as required by ILO169 Convention on Indigenous Peoples,» adds Muñoz, who spoke thanks to the support of Cultural Survival.

Forum  “Ensuring Transition Mining Doesn’t Replicate Abuses of the Past: Voices from Communities” held in the People Power Room of the CSO Pavilion.

Responsible mining standards promoted by companies and organizations in the Global North are a new source of controversy. «The problem is that companies that are violating human rights in the territories and we do not see them being held accountable for this. We believe that indigenous consultation should be demanded by peoples and governments as a right, without leaving room for corporate greenwashing,» emphasizes Lesley, who was invited to speak at the forum held on November 11.

To learn more about the conflicts surrounding the extraction of lithium in Bolivia, Chile and Argentina, we invite you to read «Salar de Maricunga in the crosshairs of extractivism» written by Lesley Muñoz in the book «Salares Andinos – Ecología de Saberes por la Protección de Nuestros Salares y Humedales» (Andean Salt Flats – Ecology of Knowledge for the Protection of Our Salt Flats and Wetlands).